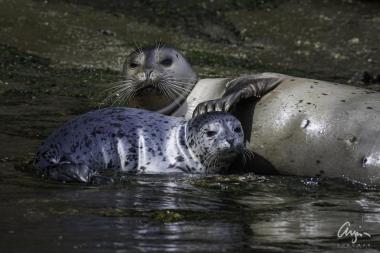 Whether it involves boats or binoculars, bicycles or hiking boots, sand pails or gold pans, 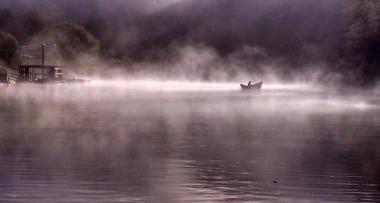 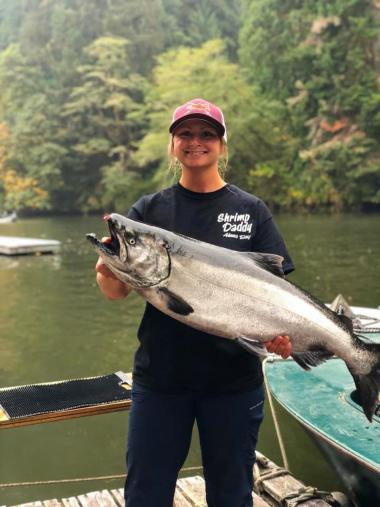 Waldport has something to offer. Our pristine bay is home to thousands of Dungeness crab, clams, salmon and steelhead. For those who prefer feathers to fins, we have over 400 species of birds that reside here, either year-round or seasonally. Picture an early, misty morning along the bay, watching the herons and egrets elegantly stalking their minnows, while overhead a bald eagle soars in search of larger prey. Listen for the bark of the seals as they sunbathe on their own private beach, smack dab in the middle of the bay.

Bring a kayak or rent one, and paddle down the river or up the estuaries, searching for playful otters or a glimpse of a shy fawn on its path to an early morning drink. Ready for a little relaxation in your "R & R"? Grab a book, a cold drink and a blanket and head to the beach. There you can sunbathe, watch the waves, search for agates and shells, or try to impress your partner with quotations from "War and Peace" or some other weighty tome you've always intended to read. For the hardier folk, there are miles of hiking  and biking trails nearby, with scores of beautiful vistas awaiting at the end of all that huffing and puffing. And don't forget those gold pans - many of the streams and the beaches in this area will yield flakes of treasure amongst the grains of sand. Not enough to make you rich by any means, but sufficient for a lasting memento of your visit. 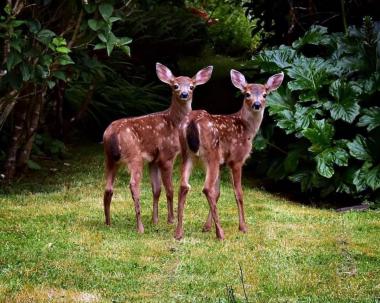 If the weather is not conducive to outdoor pursuits, wander through the variety of shops and restaurants along Highway 101 and the "Old Town" area down Broadway and Mill Streets. There's plenty to do and see here, so come give us a try - you might even decide to call this home, just like the rest of us! 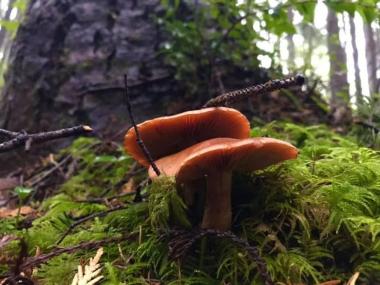 Waldport is one of those special places. Located about three hours by car south of Portland, this town of 2050 offers everything you need to escape the rush and congestion of city living. Moderate year around temperatures rarely dip below freezing. Summer days are in the 70s and the yearly average is 51 degrees, Annual rainfall is about 61 inches. When the tide goes out you can dig clams, rake crabs or comb the beach. Down the road a few miles there is a place out of Lost Horizons - rocks covered with mussels to be gathered, starfish of every hue and color, driftwood that takes on every shape your imagination allows, and a sunset better than any Fourth of July fireworks display.

The relative obscurity of Waldport is part of its charm. Here is a quiet city on the beautiful Oregon Coast, offering miles of unspoiled beaches; here is salmon, trout and surf fishing at its best. There is also a nine-hole golf course located in the hills near town. Here is relaxation with a capital R. The beach in the summer, fall, winter and spring is host to beachcombers, joggers, kite flyers, picnickers, horseback riders and many other recreational users.

Once known as "the beachcombers paradise," the beaches along the coast here are simply some of the cleanest, nicest and most beautiful in America. While enjoying, feel free to comb for driftwood, glass floats, rocks and shells. Also help us preserve our beaches by removing trash and never harming or disturbing wildlife. Although some creatures, like starfish, seem abundant, their numbers are fading and we must preserve the ones left.

History Of The Town

The first settlers on the peninsula floated downriver on the Alsea River in the late 1870s and named Waldport. The name stems from the German word "wald" for forest and "port" for the location. In October of 1879, David and Orlena Ruble laid out the City of Waldport, using the nighttime stars as their survey guide. The city was chartered in 1890 and incorporated in 1911. The townsite is an old Indian burial ground. A point south of town bears the name of Chief Yaquina John, one of the last of the Alsi tribemembers.

Waldport's history is written in a hundred years of forest products. Until the last three decades, fishing and dairying were also active. The area once had several sawmills and salmon canneries. Logging still prevails as an occupation, but no sawmills remain in the area. At one time Waldport even started its own railroad and was accessed by train. The line was built in 1918 by the U.S. Army to log spruce that was used to build airplanes during WWI. The line extended from the area of the Port docks to Shepard's Point, with its final destination being Toledo, and was the first reliable transverse crossing of the Bay which did not require a boat.

After the war ended the line was acquired by the C.D. Johnson Lumber Company, which used it to log an area south of town known as Camp One. When the logging was completed in 1935 the railroad was abandoned. The first Alsea Bay Bridge was designed by Conde McCullough and completed in 1936, but the steel reinforcements eventually succumbed to exposure and the bridge was replaced in 1991.